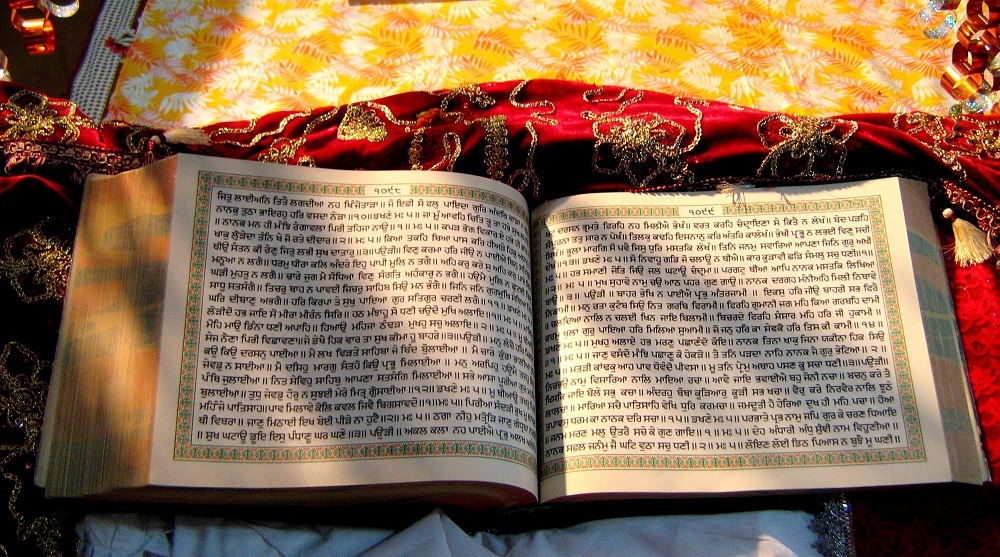 Highlighting the two chief scriptures of Sikhs is Shri Guru Granth Sahib Ji and Dasam Granth. Some parts of Guru Granth Sahib are also known as the Adi Granth for the first volume of the book. However, Adi Granth refers to the part that was written and scripted by Guru Arjan Dev Ji in 1604 while the final part of this granth is created by Guru Gobind Singh Ji. Further we will explore all the Granths and dig deeper into the history of Guru Granth sahib Ji as well.

The Granth written in Gurumukhi script was initially assembled by Bhai Gurdas Ji under the mentoring of Guru Arjan Dev Ji. Founded between the years 1603-1604 the script of Adi Granth was influenced by the Granths of Sarada and Devanagari. The whole Adi Granth was standardized by Guru Arjan Dev Ji after it was made. This authoritative scripture was designed to preserve and protect the hymns and the teachings of the Sikh Gurus and make them eternal. The name of the original copy of the Adi granth is Kartarpur bir and is presently preserved securely by a Sodhi family in Kartarpur city.

Under this book, it is mentioned “Sabb sikkhao ko hukam hai guru manyo Granth” which in English means that all Sikhs devotees are commanded to believe the Granth as their Guru.

The whole scripture of Guru Granth Sahib is divided and classified into several raags, each Raag is further subdivided according to its authors and length. With a total of 31 raags there are also many explanations of the folk music of Punjab. The language used in this granth is Sant Bhasa which is a popular language across medieval northern India. All the 5000 shabads are written in poetic form while setting a forming a classical form of music tal.

This Holy book begins with a mul mantra, holding great significance in the Sikh religion. This hymn is as follows:

Diving into the authentic meaning of this spiritual song, Ek Onkar : God is one, Satnam: His Name is true, Kartapurakh: He is the maker, Nirbhau: Without Fear, Nirvair: he is not detrimental to anyone,akaal moorat : He Never dies, Ajooni : Beyond birth and death, saibhang : Self-illuminated. While in gist the song is meant to recite the name of god with a profound heart and believe in the supremacy of this omnipresent, merciful, and formless God.

All the text under this Holy book is termed to be Gurbani as mentioned by Guru Nank Dev Ji. The status given to this Holy Scripture is given in the form of Guru. It is known from the history of Guru Granth Sahib Ji that in guru Nanak Ji times Guru was a word for God and while transferring the role of the line of men who gave authoritative and practical expression to religious teachings and traditions, Gobind Singh declared an end of this line and gave the power to Guru Granth Sahib who now serves as the eternal guru, with its interpretation vested with the community.

Before explaining the history behind Dasam Granth let's consider what is dasam Granth? . The Dasam Granth also known as the Patsah ki Granth or The Book of the Tenth Master is written in the 18th century and contains all the teachings of Guru Gobind Singh Ji.

Then from the year 1892 to 1897, the scholars of Sikh religion were called and were given the Dasam Granth for exploration. They concluded that the book is a compilation of Guru Gobind Singh Ji's teachings. Further again in 1931 re-examination took place under the Darbar Sahib Committee of the Shiromani Gurdwara Prabandhak Committee who too vindicated the earlier conclusion.

This is a compilation of the birth stories of Sikh Gurus with their biography of Guru Nanak dev Ji's life. Also, the book departs from essential information on the start of the Sikh religion. This book is only of the known books in Sikhism but it’s not as much regarded as other holy scriptures.